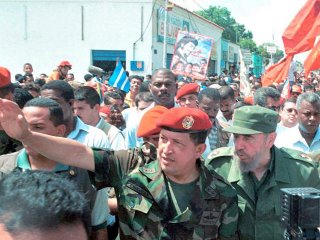 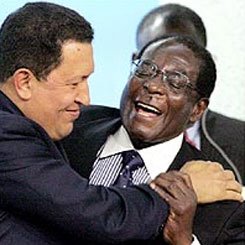 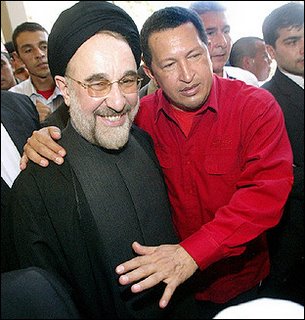 Chavez 2006 Campaign. - An open letter from a repentant ghost blogger.

I have been opposing you for some years now. I confess that I have been a critical ghost blogger writing essays against you and your government. Until yesterday I truly believed that that was my mission, but that is no longer the case.

You may wonder what happened. Well, a few days ago, the BBC prepared a program to invite you to answer some questions that the public sent for you (see here ). I was one of those Internet geeks that sent tough questions that were never chosen and I was quite mad reading the praises from people around the world that think that know you better. Then I saw your BBC interview and it totally changed my perception of who Hugo Chavez really is. I have been wrong and the thousands of non-Venezuelans that wrote to the BBC praising you and your acts have been right.

You were wonderful, Mr. Chavez. The President of Venezuela in international prime time! You were the essence of the discreet, elegant man, all smiles, well prepared, knowing what you were going to say and what to answer. Telling the people of the world exactly what they wanted to hear, the way they wanted to hear it. A real diplomat. A gentleman. Nothing to do with the vulgar character that appears on Sundays on Alo President to trash his foes in front of the camera, abusing his power. But I now know, my dear president, that that character is only for local Venezuelan consumption. The real Chavez is the one I saw on the BBC.

Your answers were absolutely charming. You stand for justice and democracy. You do not pass any laws restricting the press or those that criticize you. You do not persecute those that dissent with you and, in particular, there is no blacklisting in Venezuela. Those are stories invented by your enemies.

Now I am in total agreement with your views, Mr. Chavez. That BBC interview made me see the light. You are a victim. You have been the one persecuted by that oligarchy opposition of yours. They are really working hard, helped of course by the CIA, to perpetuate a false image of Hugo Chavez.

Even on the Internet, those despicable and persistent bloggers dedicate their lives to portray you in a bad light. I confess that I was one of them, Mr. Chavez, I acknowledge my past faults. But I have seen the truth. I repent. From now on, I will cherish every word you say and, as a token of my appreciation and my admiration I am volunteering to run your 2006 campaign, Mr. Chavez.

No, not the 2006 campaign for the Presidency of Venezuela!

You wouldn’t want that, would you?

Why Venezuela? Mr. Chavez, Venezuela is already too small for you!

So, Mr. Chavez. Since there is no such a job yet. You have to start with something that will give you more international visibility….

No, not the President of Venezuela again… Forget that job….that is a good job while oil prices are high, but if they go down the people of the world will not pay as much attention to you and you will get in trouble again in Venezuela. No, Mr. Chavez, you need a more permanent visible and secure position that will allow you to jump into higher and more important endeavors….

I have been thinking of running your campaign to be the Secretary General of the United Nations.

I know, I know, the people of Venezuela will ask you to run again, to stay in power…but, Mr. Chavez, you have already made so many sacrifices for them. They will understand, they will gladly let you pass your turn as president so that the rest of the world enjoys your charms, your diligence and your intelligence.

Venezuelans are generous people and they will be so proud when they see you as the leader of the world.

Besides, once you are Secretary-General you will have more opportunities to directly fight against the US while spreading peace around you. I am sure that that panel in Norway will finally see the light themselves and will end up begging you to please accept the Nobel Peace Prize.

So please, Mr. President, allow me to be involved in this important step in the development of human kind.

I have already opened a site to initiate the campaign. And, if you agree, I promise that I will try to convince my fellow opposition bloggers to see the light as well and put all their energy into this new important challenge. So we will all be one, current dissident and chavista bloggers, Venezuelans and non-Venezuelans, finally reunited to work as one for the enterprise of our lives:

Hugo Chavez for the UN! 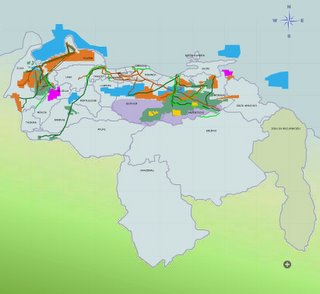 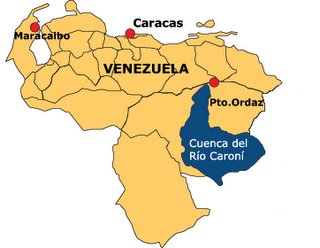 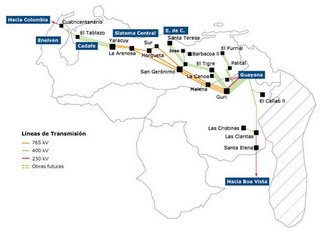